Festival of the Bands

This year marked the 28th year that Sioux Falls has hosted the regional Festival of the Bands. The all day event was held on the first Saturday of October, and started off with a fun parade. 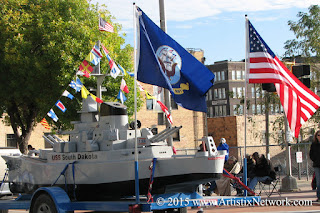 Along with all the very talented marching bands there were a number of fun parade entries, like the mini replica of the USS South Dakota and of course a few mascots joined in as well. 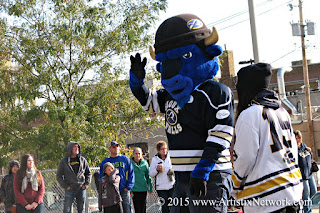 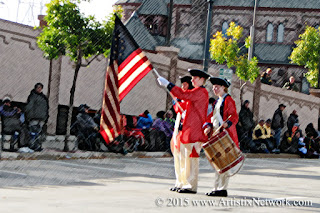 I was rather sad that I messed up the focus on the above photo, but I do like the way it turned out when converted to more of a sketch. These Minutemen led what turned out to be one of my favorite bands. I was very impressed with their fantastic performance. 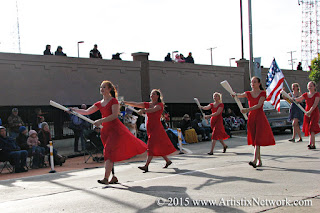 They were the most creative with their formations, which they changed up at least three times as they marched past us. 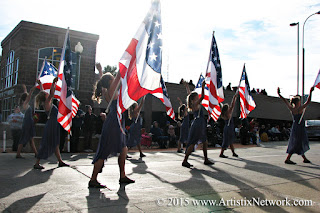 They even captured my youngest granddaughters attention, which none of the other bands seemed to be able to do. Click here to see what captured her attention. 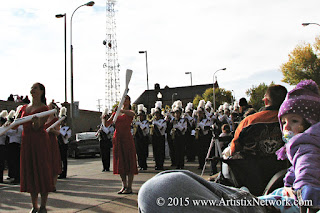 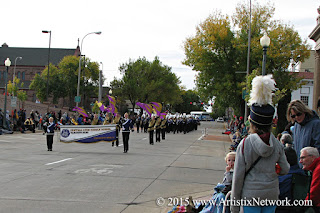 As this next band approached I learned my granddaughter's cousin on her mother's side was marching in this band. I did manage to get a nice shot of him and a couple of his band mates. 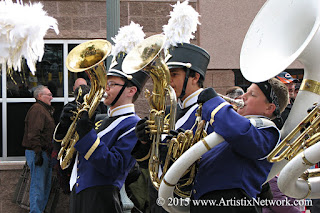 Next came my oldest granddaughter with her flute. 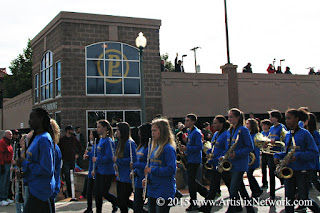 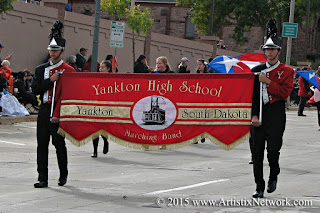 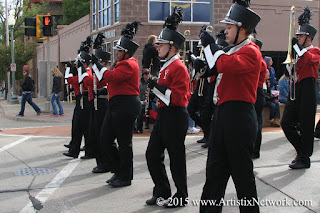 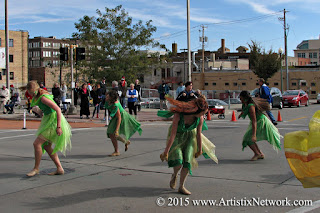 This group of dancers lead their marching dancing band with so much joy and enthusiasm that it was contagious. I was so amazed when I saw that the band was dancing the same dance, dipping and twirling as they played their instruments that I forgot to get a picture of them. 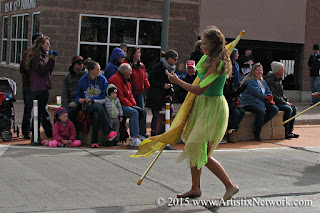 I do have to say that I was a little bit disappointed by the hosting school's performance. Lincoln High School is well know for it's marching band and has repeatedly been invited to march in NY at the Macy's Day Parade and from what I understand has been invited this year to march in Hollywood, Ca. They were good but the song they did was not very original and after seeing some really amazing marching formations by proceeding bands their formation was boring. 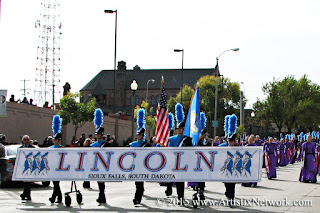 Sorry Lincoln but your stiff regimented procession combined with a rather dull song was good but not great. 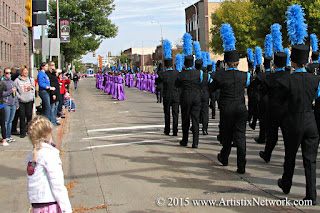 All and all for a chilly October morning we had a great time. 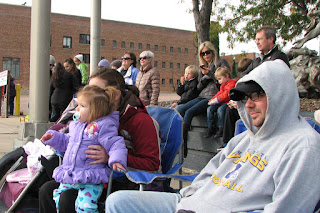 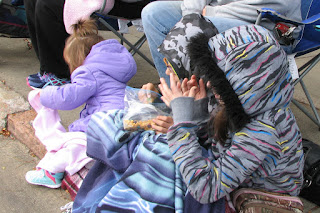 Email ThisBlogThis!Share to TwitterShare to FacebookShare to Pinterest
Labels: festival of the bands, marching, parade, Sioux Falls, Sunday in my city

Back In Beautiful Sioux Falls SD

I'm Alive!
I really hadn't intended on taking the entire summer and beginning of fall off from blogging, but life happens.

I would love to say I spent the summer traveling the world or maybe just lying on a beach somewhere soaking up some fantastic vitamin D. Or, perhaps hiking through a lush forest, drinking ice cold water from a mountain stream, but I didn't. I spent the last three and a half months unplugged from the internet. Three of those months not only was I unplugged but our family was also without a home. Thanks to our family and friends who willingly shared their homes with us we were fortunate enough not to have to live on the streets. Unfortunately that is not the case for the many homeless people in this world.

Some people think that if one is homeless it is because they are lazy or an alcoholic or addicted to drugs. This may be true of some but more often it is not. Some also say that if someone is homeless it is because they chose that lifestyle. Well the fact of the matter is that sometimes becoming homeless is due to circumstances beyond ones control. Often such circumstances force one to make difficult decisions, and yes sometimes the difficult decision is whether to stay in a situation that will ultimately be very bad or take a leap of faith and go through the hardship of being homeless in order to get to a place that will ultimately improve their life.

Our family made just such a decision. It was scary moving with only jobs lined up but not knowing for sure how long it would take to find a rental we could afford that would be big enough for our family. Although it took us longer than we expected, it was worth it. We are now back home in Sioux Falls with good jobs, surrounded by family and friends. 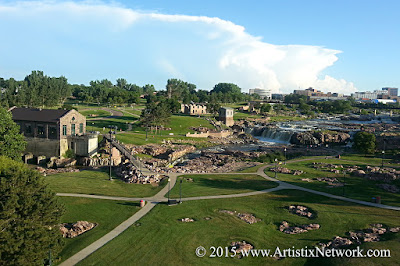 There is still a bit of unpacking to do before I can honestly say we are settled in our new home. However, I am excited to get back to work both with our small photographic design business Artistix Network and with my blogging. I look forward to visiting all the wonderful blogs I have missed and to the challenge of sorting through and posting some of the many photographs I took this summer.

Getting into the spirit of the upcoming holiday season, this past week I decided to polish up some old cartoon designs and give them new life with new captions. Here's the results.


Have a wonderful Monday and keep smiling! 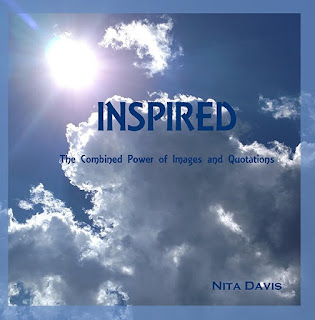 All content copyright (A)Nita Davis. You are welcome to copy, save and re-post only our inspirational quote images. Please do not copy, print or re-post stories, poems, photos, artwork, imagery or articles unless you first obtain my written permission. Link backs are always welcome.